When someone needs help it’s just our basic human nature to want to assist them in reaching their goals and aspirations. After all two heads are always better than one when working out a problem right? Watching someone take your advice, then reach their dreams is one of the best feelings I can think of. But when your help is actually assisting someone on carrying out bad behavior, you are only hurting them. And in turn, this codependent tendency of yours will end up hurting you as well. You have just crossed the fine line between empowering someone to be a better person and enabling someone to continue to self-destruct. When this self-destruction happens, you better have a helmet on because you won’t be able to avoid the fall out.

Healthy: A wife is running out the door to do household errands. Her husband is late for a meeting and asks if she can pick up his dry cleaning while she is out. Of course she can!

Unhealthy: A wife is running late to work after getting the kids ready for school, cleaning the house, and getting dinner ready for the evening meal. Her husband is on his way to a golf game and asks her to pick up his dry cleaning. She tells him she just can’t fit that into her schedule today and he flies off the handle at her. So she skips her lunch and retrieves his dry cleaning while he spends his day playing golf.

When someone is capable of handling their own responsibilities and yet they depend on someone else to continually do their tasks for them, they have just created an environment of dependency. The person who is picking up after them is enabling this person to continue to be irresponsible.

In order to have a healthy relationship it must be an equal give and take. When you are in an enabling relationship you are most often compromising yourself, if you are the enabler. You are the person who is continually giving and the other party always seems to get what they want from the relationship with no regard to your needs. Healthy and rewarding relationships are about cooperation, where both parties realize one another’s needs and allow each person room for individuality and personal growth. Sometimes you just have to trust the natural growth process that each person must go through, including yourself. 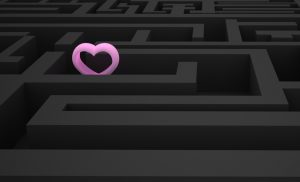 This is where boundaries come into play. In order to be an Empower’er your responsibility is to know when to say no more. It is entirely permissible to help someone when they are in a bad way, so long as you both know where the NO line is and your both agree not to go there. You can not live in fear that you will lose a relationship if you choose the word no. Fear of losing a relationship because you refuse to allow someone to continue their irresponsible or self-destructive behavior is co-dependent. Meaning you are only in the relationship because the irresponsible partner has made you feel that your relationship is dependent upon you continue to do things for them that they could do themselves.

You can love someone unconditionally, but you have to love yourself enough to start the conversation when a boundary line has been breached. Let them know that you will still love them no matter how the situation turns out, you just will not allow yourself to be drawn into their drama any further. Your job is to be supportive of them without being their doormat. I’ve heard some call this tough love, but in reality this is true love.

So what happens when you draw the line in

the sand and the relationship ends? So be it. You are responsible for yourself, and no one else. In the heat of the moment it won’t seem like it however in the long run you will be better off. I’ve had this happen.

I had a friend was in a very abusive relationship. She was always negative. We always thought that she was the definition of a Debbie downer because she was so miserable in her marriage. Several of us helped her plan her escape and assisted her while she was in transition to her new single life. After a few months it still seemed as though nothing could make her happy. She would call me while I was at work to complain, show up at my house unannounced to as for money, & get irate with me when I wasn’t available to offer a helping hand or a compassionate ear. This was, in part, my fault because I allowed her to do it. Until one day she stomped into my office while I was with a client and demanded for me to end my meeting and talk to her. Come to find out all she wanted was for me to listen to her rant about her ex-husband. Once she left my office my boss called me in to speak to me. I knew I was in trouble… He told me if she ever came into the office again I was fired. The line in the sand had been drawn. That evening I called her and told her what happened. She told me I should find a new job. LOL I explained to her that I could no longer listen to her rants nor could I afford to give her any more money but I would be there to help her move in a direction that would benefit her if she would like. That was pretty much the end of the friendship. At first, I was very upset but as time passed I realized that I was enabling her to my own detriment.

What do you do?

Don’t bail them out, clean up after them, lie for them, or anything else that they could do for themselves. You did not create their problem, and it is not your burden to pack around. Be kind to yourself and resist the urge to take a guilt trip on yourself.

You cannot make anyone change. They have to do this work for themselves. Don’t do the work for them hoping that they will see how they are doing it wrong. You must allow them to face the piper and cross the bridge by themselves. This doesn’t mean you can’t offer encouraging words or point them in the right direction. It simply means you can’t drive the car over the bridge for them. They must get behind the wheel and push the gas themselves.